Making a Video Game From Scratch in 5 Steps 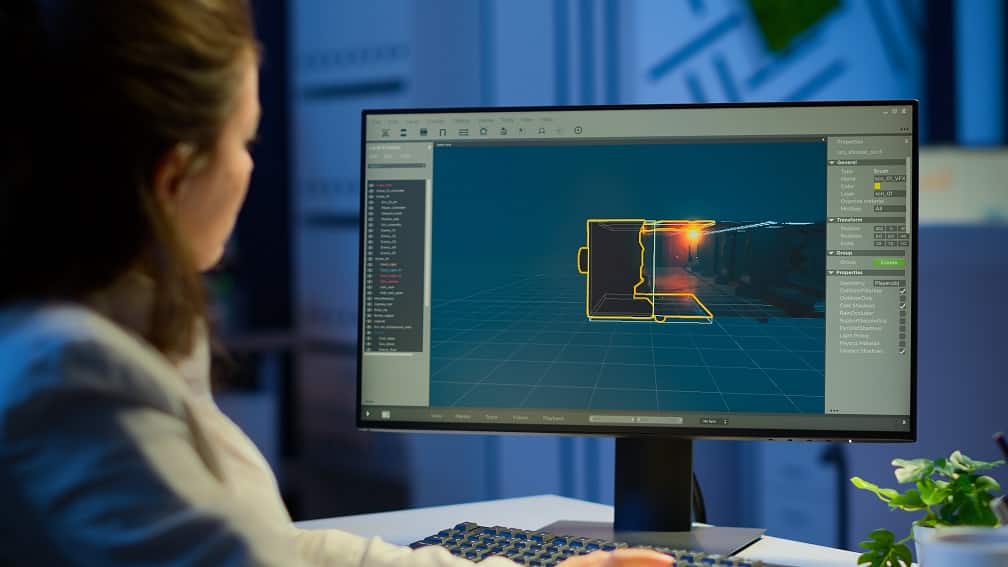 We’ve all been there. You just downloaded this new game from the app store. It looks like it’s cut out to be something super. You dive into the game universe wholeheartedly. Some hours later, when you’re done, there’s often this feeling of dissatisfaction. You feel the developers let a good idea go to waste. You feel you could have done justice to the idea. Too bad you can’t as you need an army of designers, coders and bespectacled geeks to even stand a chance of navigating the murky waters of game making. Or don’t you?

The truth is, you don’t. All you need to design a game is a laptop (doesn’t even need to be a high-end gaming one), an idea and knowledge of a programming language. I’ll assume you have a laptop, and that an idea was what pushed you to this site. As for the language, you can learn Java on CodeGym easily and efficiently.

Now that the requirements are out of the way, here are five steps to designing a video game from scratch.

If you reached this point without an idea of how your game will look like, this is the time to brainstorm. If you already have a rough idea, this is time to fine tune it. Where will the game be set? In a world of cowboys? Vampires? Aliens? How will the story progress? Are there princesses to save? Dragons to slay? After all that waffling, the next step is to…

For clarity, it’s best to divide this stage into two parts:

In my experience, this is easier when done with pen and paper. Draw flowcharts describing each stage or level of the game. Each flowchart should be labeled with a number, and arrows should show how each level leads to the one(s) after it. Another sheet of paper can be used to properly detail the plot elements within each level. This may include details like the appearance of the world, the appearance of the hero, the nature of the obstacles, the requirement for clearing a level, any sneaky glitches or cheat codes among a host of other considerations.

With your story well in hand, it is time for you to consider some technical factors. What platform do you want this game to be played on? Mobile or PC? Console? The choice of platform may in part be determined by the type of game you are trying to make. It could also be affected by the target audience you have for the game.

After that, gather together all the files you will need for game making, the sounds, the graphics. Properly file them away into correctly named folders. This will make it easier for anyone who gets in on the project to understand the direction you are pulling towards.

At this stage, you should also do your research on pesky little details like graphics, video and audio engines, input devices and DLL files.

Gather together the resources you need

If you have reached this point without a laptop, or without a knowledge of Java (or any other relevant language), this is the time to get these things.

Get a team, or be the team

Next thing you need to assemble is a team. You’ll naturally be the project manager, but there needs to be a team designer, a 3D artist, a developer, a marketer and a tester. While all these roles could be taken upon your broad shoulders, it may be best to have a team. Like they say, many hands make light work. They also make games work.

Get the right software

Game development is quite time intensive. You should plan your schedule in such a way that enough time is freed up to work on your game every day. This will help you avoid the logjam of unattended activities, unanswered calls and unkept promises that bedevil many developers.

With all the ingredients gathered and the recipe in place, it’s time to cook. Follow the outline you made as it will help to keep your thoughts in order. However, don’t regard the initial plan as a sacred relic. Feel free to add and remove details as the story gets even clearer in your head.

Check, check and check once again

Multiple errors could occur in your game code, leading to unexpected bugs and glitches. Repeated testing will identify 99.99% of these bugs. This will drastically improve the user experience for your game. No one likes a buggy game.

Q: What’s the hardest part of making a video game?

A: Sticking to your guns even when the going gets tough. This stuff is 1% inspiration and 99% raw guts.

Q: Is it too late to become a game developer?

A: One can become a game developer at any age. There’s no time limit.

Q: Can one person make a game?

A: Yes, one person can make a game. However, there is increased efficiency when a team makes a game.