It is a version of Google’s Android operating system designed for smartwatches and other wearables. The OS does pairing with mobile phones running Android with limited support from Google’s pairing application. This OS integrates Google Now technology and mobile notifications into a smartwatch form factor.

The Android Wear has provided support for Bluetooth, the Wi-Fi, 3g and LTE connectivity, as well as a range of features and applications. The Watch face styles include round, square and rectangular. The devices using this OS include Motorola Moto 360, the LG G Watch, and the Samsung Gear Live.

History of this Platform:

The platform came into existence in 2014, along with the release of a developer preview. At the same time, companies announced as partners were Motorola, Samsung, LG, HTC, and Asus. The LG G Watch is the first Android Wear smartwatch to be released and shipped.

The new release was a long awaited Software update for Android wearables. It brings a material design-themed overhaul, standalone apps, improvements to watch faces, messaging, and fitness, and more. It is the major update to the software platform since it launched and it takes Android Wear in a new direction that’s more mature, more considered and more fully featured.

The User Interface so far wasn’t the prettiest one & in fact, the backgrounds to some of the cards looked a little cartoonish, and the overall design was not great. The new release 2 has a much more mature visual appearance, using a much flatter design and there are no gawky signposts in the background. The new UI has been designed to be darker with the aim of reducing the battery drain, and there’s a new main menu that lists apps.

The Wear design is specifically optimised for Wear watches, redesigning the app launcher and creating something that’s more accommodating for round screens. Your interaction with the OS has also been changed to fit in with the app launcher. The usual left and right swipes to find your apps are replaced by the side button push to display them in a slight arc. You have an option to put your favourite apps up the top by holding and dragging them.

You will also find a new action drawer at the bottom of the display, providing context-specific actions similar to what you’d get on a smartphone.

In Wear 2.0, you can view multiple data from different third-party apps on the watch face. Now users and developers have new opportunities here. The users can see data from Spotify and Google Fit on a single watch face and can also interact with them. The freelance web developers can supply data to any watch face using the API.

The way you can pick and change watch faces is also improved. Now you can line up your favourite faces and replace the existing watch face to access them. You may have three different faces line-up, complete with relevant complications, for work, running and home-time and you can access them with the easy swap.

The Android Wear 2.0 now includes a standalone Play Store, meaning you’re able to browse and download apps right to your smartwatch without taking help of the Android Phone. The new version should give a tough completion to Apple Watch on features.

Messages are a limited functionality on the wrist since the screens are so small, but that should hopefully be eased a bit with 2.0’s new input methods. There is a small keyboard which can be swiped to type the messages, and handwriting recognition will let you draw single letters or join words to send messages.

Google is offering a keyboard but is also opening the door for other keyboard apps to offer alternatives. You can see the smart replies that Gmail users will be familiar with, giving you the option of three possible responses to quickly reply to a contact. The replies are generated on watches, meaning no personal info sharing required with Google’s servers.

The Google notification cards were making the place a feel a little cluttered, but now things work differently. When you get the cards, the watch face will display smaller icons instead of huge messages that take up space. The Notifications are manageable now. There is a progress bar on the bottom showing you the cards left in the stack.

When you raise your watch to activate it, it pulls up the card notification before it hides away again. You can still go from bottom to top through your notifications as normal, but it gives Android Wear a much cleaner look and feel.

The Watchmakers provide multiple connectivity options when they make Android Wear 2.0 devices. They all have Bluetooth, of course, but they can also feature Wi-Fi, LTE, GPS, NFC, and heart rate sensors. For the new release, the Android Wear will automatically select the best internet connectivity option available to it, depending on the circumstance. Sometimes that’ll be Bluetooth from your phone; sometimes it’ll just straight up be LTE directly from the watch.

Android Wear 2.0 was a long awaited release, and it was worth watching. There are many smart watches in the queue for an upgrade to an Android new release from Google. Make sure your old watch is getting an update! The users and development community, both should be happy with the new features and expect to see more advanced and smarter watches ahead. Hope the watches just doesn’t replace smartphones!

Next post What You Need to Know About Apache Ranger 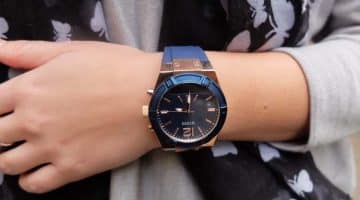