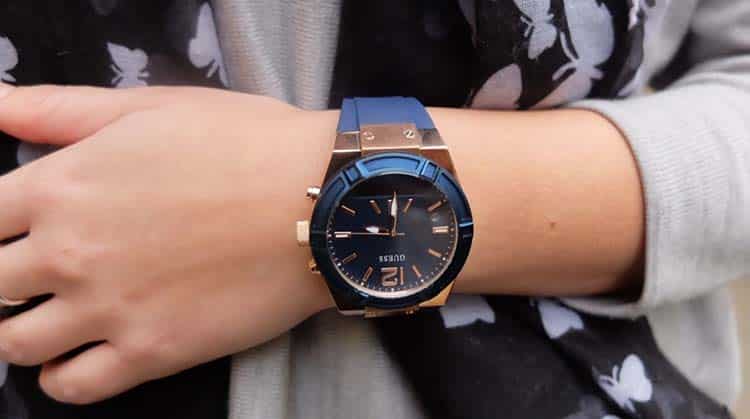 If you are a regular reader of this technology blog, you must have read our article on ‘Android Wear 2.0 New Features and Update’. Taking advantage of this software, Guess has announced the launch of a pair of new watches. All Smartwatch lovers are going to love these new watches due to design and specs. The hybrid watches are a product designed along with watchmaker Martian.

You will find each watch powered by a Qualcomm Snapdragon Wear 2100 chip. The OS is obviously Android Wear 2.0. When we wrote an article about this new OS, around the same time he rollout of new smartwatches started. There are many in the queue, and the first few will be getting a lot of attention.

The watch looks like a traditional watch; meaning circular dial/ circular faces and looks like mechanical Guess Connect watch. The new watches have a full touchscreen, making them smarter. Finally, you have a couple of wrist watches, which looks like regular mechanical watches but they are much smarter than the old watches.

The case sizes are 41 and 44 mm catering to women and men, and you and your partner can buy the smartwatch pair. The watches will have beautiful colours like rose gold, silver, and navy blue with a metallic finish. The watches are supposed to have more than 100 combinations of display faces, colours, and sub-dials. You can see full use of Android 2.0 customisation capabilities here. The men’s watch will have a classic and sports look. The women’s watch will have shades of different colours and clear crystals around the case.

It is the second attempt from Guess to capture the youth market with style and fashion. Though the earlier attempt was not much of success, this time, the company has taken a different approach. Guess, and Martian have come out with adventurous watches along with Google and Qualcomm. All four of them have done their job in the making of these watches to make them look and perform smarter.

The new watches will have an ability to send messages through the watch (without using a smartphone) itself, using either a keyboard or handwriting recognition. As discussed in the earlier blog, the OS can download apps without a smartphone. The smartwatches are getting smarter and becoming an independent device. Who knows, you may not require smartphones in future, and all work can be done using the smartwatches only!

Qualcomm’s Snapdragon processor has provided enough power to the duo watches. Android Wear 2.0 ensures the watches work with both Android and iOS devices. There is nothing much revealed about battery or GPS capabilities. It is believed to have Google Assistant on board to help you in daily tasks.

All those in the queue for implementing Android Wear 2.0 are releasing their smartwatches quickly to capture the maximum portion of smartwatch market. The competition will soon get aggressive as Montblanc has announced their Summit smartwatch. Also, the Tag Heuer released the Connected Modular 45 watch. The price of these watches is more than earlier smartwatches and Guess Connect may be same price range. The watches will have commercial production in winter this year, but there is no information on availability in India.

The user’s wish list includes an Android Pay mobile payments built into the smartwatches but Guess hasn’t confirmed this feature.

Baselworld 2017 is taking place from 23rd to 30th March at Messe Basel in Switzerland. It is the world’s biggest and most important event for the watch and jewellery industry.  It is the most important marketplace and trendsetting show in these two industries. It is the only show in the world that regroups all the key players from watchmakers to jewellers. They also include the manufacturers and dealers from the diamonds, pearls and gemstones industry. Anyone associated with this industry is likely to be a participant here along with machines and supply industry. You will be able to see the much discussed Guess Connect watches over here.

Android Wear 2.0 from Google is already officially launched for the new era of smartwatches. It helps the watch makers to make smarter digital watches with a strong OS backing. The first ones in the list of new watches were LG Watch Sport and the LG Watch Style.

You got a glimpse of Android Wear 2.0 at Google I/O in May 2016, and then after a year of adding/modifying features, it was recently released. As you can see in real applications like Guess Connect watches, the OS brings a material design-themed overhaul, standalone apps, improvements to faces, messaging, fitness, and much more. The importance for technical folks and freelance web developers is the biggest update to the OS since its launch.

The earlier version of Android Wear wasn’t good on the User Interface and User Experience side. In comparison with Samsung Gear and Apple Watch, the backgrounds and design looked childish and outdated.

This new OS has a mature visual appearance, using a much flatter design and there is no cartoonish background. The UI is darker with the aim of reducing the battery drain, and there’s a new main menu to select the app from the list.

Key Features of this OS:

Android Wear 2.0 is official, and you have started seeing the new smart watches being rolled out in the market. With the biggest watches and jewellery show happening in Switzerland, you can see many more surprises. You will come to know more about the latest gadgets, software, and tools from these freelance tips. The future looks great with features, and the only question remains about the cost.

Next post The Pros and Cons of Amazon Redshift 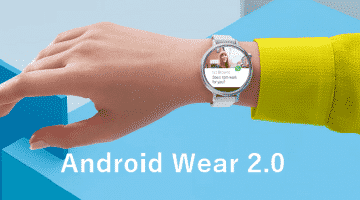