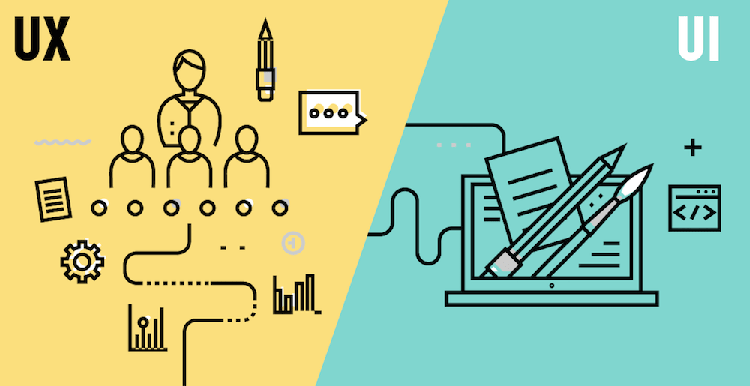 UX/UI designers design web based interface like websites, games and applications. In order to do this effective process, they must consider the aspects of an effective user experience. The Freelance websites target consumers and what is a goal of an interface. What is expected to user workflow for an interface? How images and text can use to clearly communicate and create a specific experience? How can animation and audio support to use message and enhance the experience?

At the level of bolt and nut, UI/UX designer may design interface elements such as drop-down and button lists or navigation components like search field and tag, or informational item like the progress bar and user response message. At the level of abstract, he or she can evaluate in charge. What was user experience like? How was system easy to navigate? What user percentage returned to use their system again?

UI/UX designer should have a strong coding skill and be versed in the current web standards including best practices for accessibility and usability. Both areas require a good eye catching design and closely pay attention to information. UX/UI designer should be comfortable working across the creative of abode suite from In Design to Flash, Photoshop and Dreamweaver. One recent advertisement for UX/UI designer freelance jobs says that to succeed, you must understand on how to make some amazing and insanely functional.

Overview of job position and responsibility:

A well talented in UX/UI developer for a position of full time employee can promote himself all along with his growing team. They will be responsible for developing and design of existing and new products including consumer facing mobiles, applications and Freelance websites. They will be developing a graphic interface and wire frame to be allowed and simplicity to use for consumers. UX/UI developers will have collaborated with both technical and business teams and to identify their design needs and integrated consumer feedback and also overall products’ experiences.

The responsibilities of UI/UX developers design an adaptive and responsive web user interfaces for designing mobiles and the web. Develop the design guidelines and usability standards are put together as a flow chart, specification sheet, high fidelity mockup, style guide documentation and wireframes. Assist in the needs, development and design of platform components, customer implementation and product modules. They work with the development team members to be implemented as a new UI and UX. Also, they work with leading designer to support usability studies and user research.

Bachelor degree in information design, user interaction design and human factor or related discipline and its equivalent experience is a good move to attain this position. More than seven years experience in these related fields as a user interface and interaction designer that prefers software application of desktop graphics and application of graphics software with the demonstrated achievement and progressive responsibilities will yield you a handful salary.

Expectation of career and salary:

According to the U.S. Bureau of Labor Statistics, median wages for web developer was $63,490 since 2014. Currently, most of the UI/UX designer positions are listed for agencies with the major clients or from medium to large sized firms with a presence of significant web. UX/UI designer tends to work in full time and salaried positions for software or web companies or large firms that can be accommodated as a team member of in-house designers.

The median annual income for UI/UX designer in the US was $87,000 in the year of 2014. According to the survey of Aquent/AIGA of salary, median annual wages for a web developer at the front end or interface in the U.S. was $58,000 since 2014. That is the U.S. BLS was listed median wages of $63,490. Overall employment for UX/UI developers is predicted to grow by twenty-seven percentages since 2014 to 2024. The major factor for those designers is application design and mobile site.

Median pay for entry level UI/UX lies in the neighborhood of 68,000 dollars as per year. Cash earning for entry level UI/UX includes $10,000 in bonus and $5000 in sharing profit proceed near to the top of pay scale. Generally, UI/UX salary is stretched from $44,000 to $99,000 based on the individual performance. Geography is one of the biggest factors that affects to pay for a group and followed by the certain specific employer. Most of the reports received medical coverage for employees and majority collection of strong medical insurance. Men are slightly high by the female counterparts, who have answered their questionnaire and who makes slight majority at the 54 percent. Most of the workers in that job position reported as a high level of job satisfaction.

An entry level average salary for UI/UX developers is approximate to give $82,488 as per year. The information of salary comes from two hundred and forty-one data points that are collected from the users, employees, present and past advertisements in the past twelve months. Salary gives approximate wages based on the third party submissions. It gives to users only for the generalized comparison purpose. Minimum salary may be differed by the jurisdiction and should consult as the employer for an actual salary.

The average is across from the seventy countries that contain $ 57,117 and the highest salary in Switzerland of $97,492 respectively. Here some countries of salary are given below.

Obviously, UX/UI is one of the most popular and perfect freelance jobs at the present environment. Many traditional technologies manager insist their roles should separate with the UX designer that is mainly focused on the evaluation and improving the user experience. Same as UI designers work on designing and programming user interfaces to be accomplished as a specific task. The result of UI/UX developers is able to design in web intelligence or screen interfaces. Ensured they are working and making an exciting and new memorable part of customer experience.