Difference between C# and Java 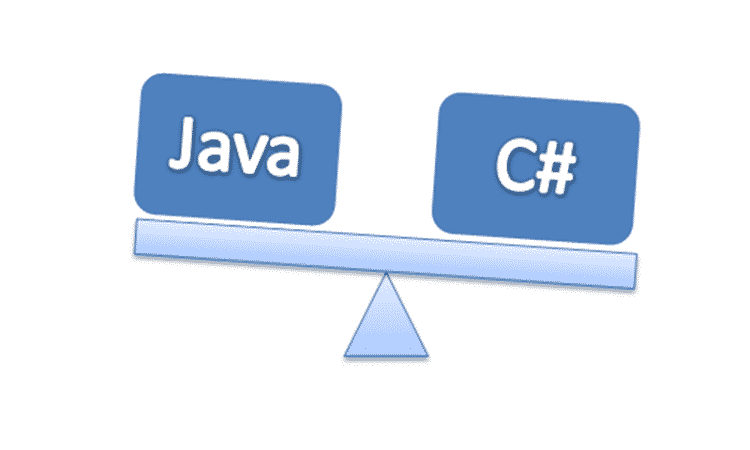 The famous language C# (pronounced as C sharp) is an object-oriented programming language used for web development and networking. C# is a creation of Microsoft that combines the C++ with the programming ease of Visual Basic. It is language based on C++ and contains similar features of Java. C# is precise as a common language infrastructure language.

Microsoft aims to ease services and information over the web and to allow developers to build highly manageable applications. Using C#, programmers can develop existing code rather than repeatedly duplicating it. C# is the faster and cheaper to get new products easily to market.

As C# is an object oriented programming language, it supports the concept of encapsulation, polymorphism, and inheritance. C# support generic method and types, and it allows enabling developers of collection classes to define custom iteration behaviors that are simply used by client code.

In C#, the language code is checked for errors before it gets built into the app and errors are easily tracked down. If you code something in C#, then codebase is more consistent and thus easier to maintain size and complexity.

Java is a powerful object oriented and cross-platform programming language. Instead of writing a numeric code, it allows a user to write code in English like commands. It can be read and written easily by users, and anyone who reads the program with a basic understanding of computer languages can understand it. Similar to English language, Java has a set of rules defining the way instructions get written, known as syntax.  A program written in this high-level programming language is then converted to numeric codes that computers can understand.

The Java programming language has a base of an old language known as Oak. In early nineties James Gosling of Sun Microsystems created Java. Originally it was designed for use on the digital mobile device like cell phones. After releasing Java 1.0 in 1996, the focus of Java shifted to use on the Internet. It enables developers to create animated Web Pages. Over time, it has become the most successful language with over 6.5 million developers worldwide.

In Java, the namespace does not specify a location of a source file, while in C#, the namespaces are more similar to C++. Java does not support method of delegates because delegates complicate the method invocation model which is slow, whereas C# includes delegates. Java includes checked exceptions to some extent which is very useful for good programming practice, but C# does not include checked exceptions.

The pointer is more complicated technology in Java RMI (Remote Method Invocation). It means program objects resides on one computer and gets referenced within a program running on an entirely separate computer that’s why Java does allow pointer concept. C# allows the use of Pointer concept, but some developers consider pointer as unsafe.

Java does not support conditional compilation, whereas C# supports conditional compilation using pre-processor directives. Java does not support go to statement, whereas C# support goes to statement. Java required every method to declare checked exception or super classes. C# does not require a declaration of exception and super classes.

Java programming language runs on of Java runtime environment, and C# runs on the common language runtime. Open JDK (Java Development Kit) is one of the major implementation of Java. Visual C#.NET framework Mono and DotGNU are a major implementation of C#. Java type safety is safe and does not support tuples, whereas C# type safety in unsafe and support tuples.

Summary: Java and C# are both very mature object oriented programming languages. Each language has its advantages and disadvantages. Both languages have strong support from Oracle and Microsoft, and because of their power and versatility, they both have survived for long years in all new generation languages.

Latest posts by Kitty Gupta (see all)
Tags: C# vs JavaDifference between C# and Java

Next post What is this new term Neo 4j