What might be a most demanding Programming Language in 2018 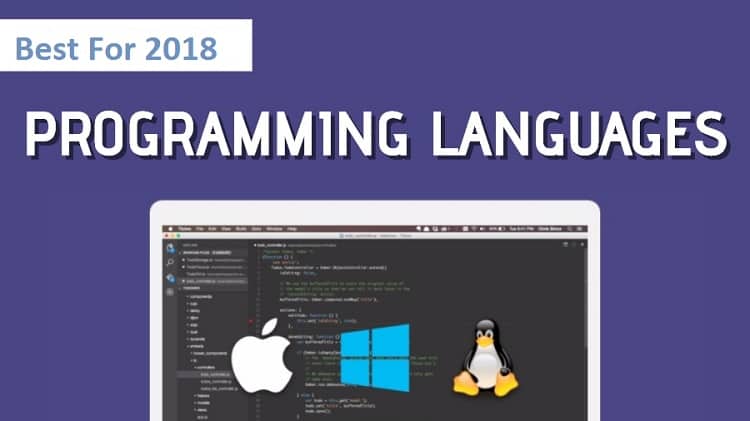 Python is a programming language accepted by the ever changing technology industry. It is simple to learn and easy to apply. Almost all of the syntax is very similar to real life words. It is language beginners can pick up language without too much difficult. It is receiving amazing fame and acceptance due to its performance, efficiency, and secure environment. It is easy to hire freelancers online in this area.

Python is a high level, interpreted; and object oriented programming language in the last 1980s. It’s freely available and solving computer problem almost as easy as writing your thoughts about the solution. Once you write code, you can run on any computer system without changing the coding. It is very closely similar to the English language and has hundred of existing third party libraries.

The language gets used for text processing, image processing, and applications using scientific data. There are few of places where Python plays an important role such as daily in operation of Google search engine, YouTube, and NASA, and also plays an important role in government and non-profit organisation. Python is an interpreted language, meaning it is not converted to binary code before the program runs at runtime. Exclusively large applications are in Python language. You can get freelance services for the same as the language and programmers are expanding.

Python is very closely related to the English language using words like “not” and “in” to make it to where you can read a program or script. A python has very strict punctuation rules that mean you don’t use curly braces all over your code. Python has a set of rules known as PEP 8 that rule used developer to format their code. The keywords in this language are familiar to any non-programmer so beginners can pick up the language easily. It is easy to hire freelancers online who have knowledge of Python

Python is an open source programming language around for over 20 years, so a lot of code has already built up over the decades. If you want to use Python to build scripts with command line arguments, first of all, you need to install the click library and then import into scripts and use it. These libraries are very useful for image migration scientific calculations to server automation.

Efficiency means everything to like a new programming language. Python has all functions according to new technology. Python has a standard set of libraries and methods used in source code. The already built-in method and classes, common tasks are easily executed properly without affecting the application.

Python has user group everywhere, the largest python group conference North America sold out 2500 tickets. Python also launches conference for kids between age 9 to 16 so that familiar with the language and help them hack and mode some games. Such a positive community and conferences help you to increase the knowledge of the language.

Python has the high level of scalability. When a developer has a large amount of development for software application and that application not for the project to be completed. The developer easily connected to another module in a systematic way without affecting existing module. It facilitates the application to remains in auto completed mode so that it can improve further later.

Comparison with other Languages

Comparison of Python with Java:

Both Python and Java are object-oriented programming languages with thousands of code libraries for any operating system. Java is a compiled language, whereas Python is an interpreted language. Java program compiled to bytecode and that bytecode is run through Java Runtime Environment and translate to machine code which is executable by a computer.

Comparison of Python to PHP:

The code of PHP and Perl is much harder to code programs that exceed 40 to 100 lines. Because of the readability feature of python make program simply maintained and extended. PHP is the heart of all we based programming languages. The web server development is in Python that understands the PHP, but you can’t do web server development in PHP which understands Python language.

Comparison of Python with Perl:

Python is a programming language that handles complex and large programming projects. Python has the best features readability that offers much faster application development. Python has pre-written codes libraries that work out of a box.

Both Python and Ruby are interpreted and therefore high level. Python and Ruby are general purpose language. They are useful in simplest to complex programs like converting text or much more complicated matters such as controlling robots and managing financial data systems.

The difference between Ruby and Python is easiness to read a language like English and flexibility. Due to its OOP, Ruby code does not generate errors on the side like Perl and PHP. Its error is so complicated and unreadable. With Python information is simple and plain in syntax. Python is having good transparency of information by assuming a lot. It permits easy discrepancy between the standard ways of doing things when required while insisting that such disparity is clear. It gives authority to the developer to do whatever is necessary. If the developers use Python for developing code, then it becomes difficult to use anything language.

Any programming language with high reliability and flexibility will gain the confidence of developers. Python reliability lies in the safe environment and the community of developers. You can get freelance services for the same. In this article, you know the most demanding programming language in 2018. Here you know about Python language and its different feature that why it is most demanding language. You can also find a comparison of Python language to other languages.

Previous post What is the Most Demanding Programming Language in 2017