What is the MULTICS Operating System 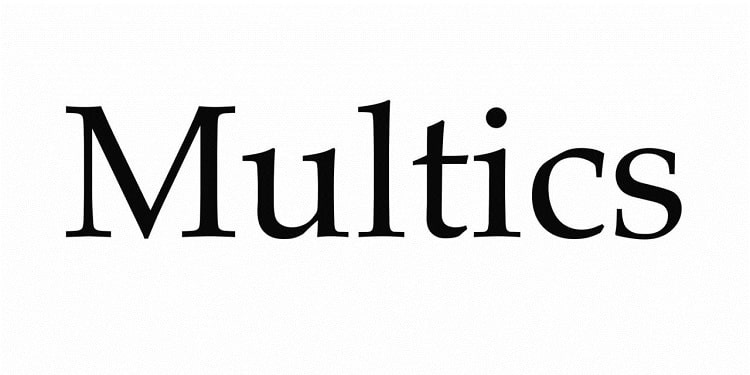 Honeywell declared a commercial system in the year 1973. The system consists of two processor each of 1 MIPS speed, 8-megabyte bulk store, 768 kilobytes of memory, 1.6 GB hard disk, two communication controllers, and eight tape drives. The Honeywell introduced the relational database that is Multics Relational Data Store in the year 1977. Multics operating system is a general purpose time sharing utility. It sold the time to share services for GE, and about 85 websites ran on Multics. It created the great impact in computer field due to its many novel and valuable ideas. It has numerous features such as high availability and security. The hardware and software of Multics operating system are highly modular, and the system increased in size by adding more of the accurate resources even when service was running.

The Multics hierarchical file system uses the file name of multiple lengths and supports symbolic links. The dynamic linking of the system incorporates separately compiled code when it runs. The program which is allowed by dynamic linking uses the most recent version of any external routines in might call. The Multics operating system uses paged memory which allows flexible techniques for dynamic storage management without facing any difficulty of moving the program back and forth in the primary memory. This concept is important in the responsive time-shared system of heavy traffic between primary and secondary memory.

This operating system provides you multiple applications, for printing monthly usage reports and bills for time sharing users. The CPU usage gets recorded in microseconds and memory residence to page in milliseconds. Each user has disk quotas and dollar limit administrated by project administrators and group administrator.

The scheduler of Multics began as a Greenberger-Corbato exponential scheduler same as the CTSS. But it was replaced in 1976 by Bob Mullen’s virtual deadline scheduler which supported specification of desired real-time response for system processes like printer daemons. It also supports work classes that give the guaranteed percentage of the systems CPU resources under load. The scheduler also translates non real times class controls into virtual deadlines. It also schedules the real-time class deadlines, satisfying “hard” deadlines first and virtual ones last.

Many operating systems limit 255K word segments, but Multics support the ACTC which provide the large and Very Large Array support.  Large Array provides full segment per array and appropriately packing array into the segment. In this section for each array, normal addressing gets retained to full normal execution efficiency of the FORTRAN Compiler. Very Large Array offers natural addressing of arrays up to 16M words each. This addressing completed with pointer arithmetic and supports some extensions hard-core up to 256-page segments. The FORTRAN Compiler of Multics had a good flow of optimiser that produced very efficient code. The classical matrix multiply was roughly 5% slower un-optimised and 25% slower optimised than the normal short array code. It is the best for the project which has the envelope of VLA code. You can hire freelancers who have handled various projects on this operating system.

Multics CPU added the hexadecimal floating point, and for supporting this feature, the ACTC developed the math library. The system introduced a large number of additional data types which have large exponent range with higher accuracy and speed. You can find freelance jobs online in this sector.