What Are the Features of Angular 6? 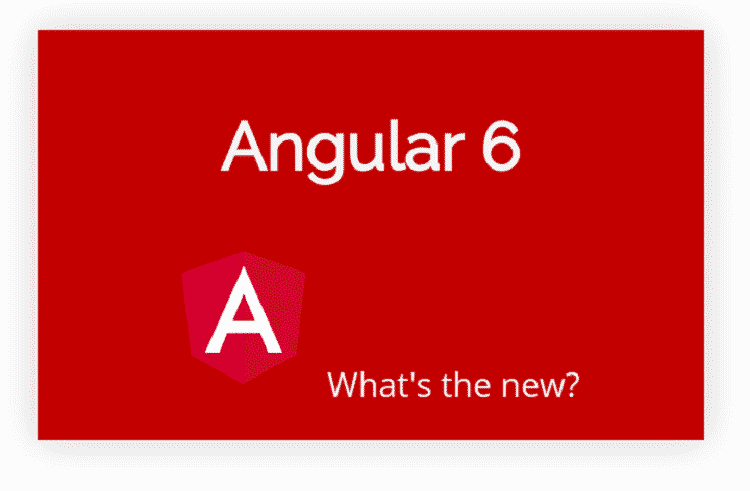 Angular is one of the most popular JavaScript frameworks from Google. The reason for its popularity is the robust features and these features are evolving with the release of every new version. Some of the popular Google web platforms powered by Angular are Google Adwords, Google AdSense, Google Fiber, and likewise. Apart from the web applications, developers are capable of developing mobile and desktop applications. There are major new features included and bugs fixed in the new version of Angular released recently. Let us have a look at those features in details.

Angular 6 comes with a new package called Elements and it brings a new dimension in Angular coding. All web developers are familiar with web components and it is supported in all web browsers. Elements package takes advantage of this web component feature and you can create Angular components that will be eventually published in the browsers as the web component. These web components can be used in HTML pages and creating dynamic HTML content for any app will be much easier through Angular.

There is a new renderer introduced in Angular 6 that will work with the existing rendered in the background. This is designed to improve the speed of rendering and the final size of the package will be optimized significantly. You will have the option to manually enable it when required. Bazel is a popular compiler used in Google’s software and Angular 6 finally brings it. What it does is that it does not compile the entire code every time but only compiles the necessary code especially the new additions. Furthermore, it provides a better caching mechanism for faster compilation, can do parallel execution and better analysis of code.

Component Dev Kit – This new library package has become the topic of discussion in the Angular community. It offers over 30 user interface components which are available through the Angular material library. You also have the option to use your own library of UI components. But with the introduction of this library, there is no need for using external libraries like CSS Grid and Flex Layout as this will bring down the execution time. One of the striking features of this CDK is the visual tree structure which will help in the better workflow of any project.

This is one of the best features that are included in Angular 6. It is going to make life easy for the developers. Schematics is a workflow system and it is applicable for all project developments. Currently, the developers have to use different software to get this feature and some people also opt for hand-drawn schematic diagrams. With Schematics, you can create a new component, update code, add new configurations, add new frameworks to a project and much more. This will make a module of a project reusable and the overall development process will enhance significantly.

App Budgets is a totally new feature included which helps the developers to stay warned of the growing app size. With time, a developer is sure to add new features and release a new version to keep the existing customers intact and compete with existing apps. But adding new features will increase the app size. If you are using Angular 5, you will never be warned of the growing size of the app. The new App Budgets feature lets you set thresholds for the app bundle. When the bundle size increases, you will get a warning or error message.

The new Angular version will support different types of comment in the code like singleline, multiline and jsdoc. You will get better error messages which will help in faster debugging. The new Angular version will support TypeScript 2.7 which will help in coding easier than before. There are many new code and form validators included with better and cleaner coding.

The main focus of Angular 6 has been to reduce the compilation time and code size and make coding easier and organized. Additionally, making single-page applications and widgets has become super easy. More attention has been given to adding new toolsets rather than bringing bits and pieces changes in the framework itself. In other words, the main focus has been on the smaller components rather than the overall framework.

Next post Django vs Flask - Choosing a Python Web Framework

Previous post Python Vs Node.js - Which is Better for Your Programming Needs?