What Programming Language is Alibaba Built In? 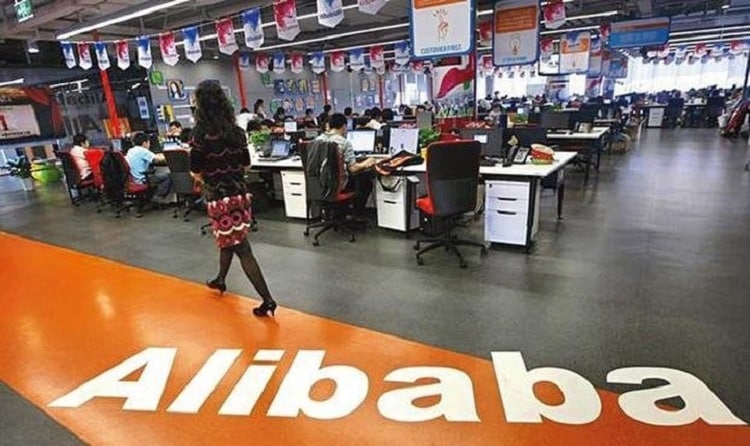 Alibaba is the largest business-to-business ecommerce platform in the world for small businesses. Alibaba Group started with Alibaba ecommerce website before starting out other ventures like AliExpress, Taobao, AliCloud, AliMusic and much more. The platform deals with importers and exporters of over 240 countries. To handle such high traffic, the technologies used in developing the platform needed to be modern and robust. It has not been developed with one programming languages. As a matter of fact, no website or web platform is developed around one programming language as such. Today, we are going to look in depth the programming languages used for one of the most used ecommerce platforms in the world.

Alibaba started is operation on 15th April 1999. At that time, it was totally based on the popular scripting language PHP. This does not come as a surprise as PHP was the go-to web development language at that time as far as the industrial level was concerned. There are many popular websites developed during that time which are based on PHP like Facebook for an example. But with the rise of the popularity of the platform, the company had to upgrade the technology and bring in more security and features to make the platform user-friendly. Therefore, at a later stage, JAVA was used as a server-side programing language for certain section which plays a very important role for the website. The Spring framework has been used for implementing Java-based developments. But till day, PHP is the main server-side programming language.

For the server side, it relies on Tengine web server which is based on Nginx & Taoba. Taobao is a programming language developed by Alibaba Group, and it is based on PHP. The language is available in Chines for the time being. It is mainly used for proxying contents that are static like CSS, static HTML pages, JS and likewise. This is the reason for its faster response time. Apart from these, it uses various software stacks, and one of them is CDN through Apache 2 for localized content. The operating system used on the web server in RedHat Linux. The servers are located in China and the United States.

Apart from the usual HTML, CSS, and JS, the website has constantly been upgrading its technologies and programming languages. For example, it has moved on to HTML5 and CSS3 after its release to be on the same page as the latest technologies and competitors. It heavily depends on JQuery for most of the unique features and functionalities to offers to the users. For the JavaScript, different frameworks are used for robust development and making complicated things easy and organized.

The images used on the website are formatted in PNG and JPG only. Yet, the speed of the website is extremely fast and furious. For the character encoding, it follows UTF-8. There are certain rumors that they have an in-house client-side programming language that they use for all the multi-lingual sites that they have. The technology or programming language has not been made public yet unlike their server-side Taobao.

The database is the most complicated part of Alibaba not just because the platform has to maintain one of the biggest database collection ever but also due to the different technologies used. As per revelation from different sources, the company has used 6 technologies so far for database development. For the structured data formats, it uses OpenGraph protocol that is developed by Facebook. OpenGraph is inspired by RDFa and Alibaba previously used generic RDFa before shifting to OpenGraph.

Since it is mainly based on PHP, MySQL is a common inclusion in the database technology. To handle such huge amount of data, it took the help of Oracle and connected to it via Java and its framework Spring. Apache Hadoop software library is used for processing the distributed database system efficient. Furthermore, it speeds up the processing power and the data fetching and sending speed, Redis cache mechanism is used. Along with that, LevelDB is used for on-disk key-values storage.

These are the programming languages and technologies that have been revealed by various reputable sources which are considered to be the backbone of the Alibaba.com. Apart from these, several other technologies have been used like for app development, Android, Objective-C, and other technologies are used to provide a secure connection, robust processing speed, and putting everything together without any performance issues.

Alibaba Group has so many websites, and platforms and most of them use the same technologies and programming languages to create uniformity in their development. In order to develop a website or platform like Alibaba.com, one needs to be a full stack web developer having complete knowledge on most of the front-end and back-end technologies. It is almost impossible for a person to master all of them and therefore, you need a team of experts to do it perfectly.

Next post What Programming Language is Baidu Built In?