We all know that the brands and businesses are depending more on their apps than their websites for their sales and revenue. The move is due to the fact that there are more mobile users than web users. Moreover, on the websites, users can compare using various tools and extension on the browser. But on the app, there are no tools applicable as it is a private property of the brands. Therefore, they are willing to convert all web users to app users.

This has an overall impact on the recruitment of employees in tech companies as they are offering app related works more to the freshers and experienced app developers. There are already many web developers available in a tech company, but app developers are lacking as every website needs an app now. The most interesting question that arises out of it is how is the salary of a web developer differs from an app developer in today’s scenario.

The Freelancing World – A few years back, the app developers were not getting paid as much as web developers. But today, app developers are making more money. This is highly noticeable in smaller scale freelance developers. The clients are shelling out money in lots to get the best app design. The same clients are not willing to pay more for the website development.

The Web Developers – The salary graph of web developers is on the fall. In 2010, a web developer could make around $80,000, but in 2012, it came down to $65,000 suddenly. That is a drop of 20% which was unprecedented. The reason for this is that the ownership of smartphone across the world rose from 35% to 46% due to the arrival of budget smartphones, especially from Chinese brands. In fact, the Chinese who are the largest users of smartphones in the world currently saw a technological revolution during that time. From 2012 to 2013, the ownership rose to 56%, and around 70% of US citizens had a smartphone by then.

The brands reacted quickly during that time and avoided hiring web developers as much as they used to. They replaced the vacancy with app developers. During that time, there was not a steady supply of app developers, and therefore, the average salary of the app developers started on a very high note which was around $100,000 on an average. In today’s scenario, the lower side of the web developer’s salary goes to $40,000 and on the high side is around $90,000. But to achieve the higher side, one needs to be very experienced.

The App Developer – Apart from the rise of mobile users, there is one more thing that went in their favor. That is the epic rise of certain mobile apps that made the companies billionaire. Instagram, SnapChat, games app, and even YouTube and Facebook app got extremely popular. Therefore, apart from developing websites and apps combo for clients, many companies start side projects to develop innovative mobile apps that can be viral. As a matter of fact, so many different apps based startup came up who are ready to shell out huge money for finding quality app developers to create innovative apps.

Therefore, it is safe to say that the app development career could be slightly difficult in terms of more creative, innovative and exploring the unknown. But if you are willing to challenge yourself and get rewarded for the hard work you put in, app development is where you need to concentrate on your learning days to early job career. The current salary range of app developers is quite wide. The lower end is $60,000, but the higher range is $140,000. The iOS app developers get paid more than Android app developers in general. But with experience, the pay goes up exponentially as you move from serving the clients to developing innovative apps for the global audiences.

If you are a web developer and you have just got started, you should make a transition to the app development because that is where the future lies both in terms of technological development as well as career. In fact, you can make the transition smoothly as HTML 5 based mobile apps use the combo of HTML+CSS+JS.

Previous post What is The Career Path for a Java Developer After 5 Years?

How to Start Filling Your Web Developer Portfolio at College 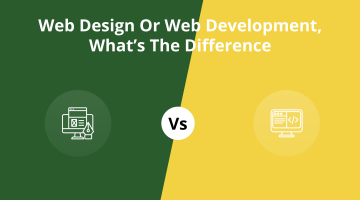