What is the Difference Between NumPy and SciPy 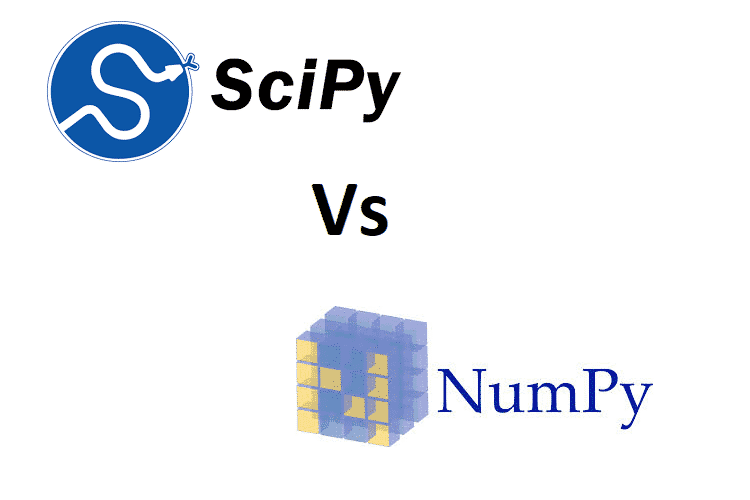 NumPy stands for Numerical Python while SciPy stands for Scientific Python. Both NumPy and SciPy are modules of Python, and they are used for various operations of the data. Coming to NumPy first, it is used for efficient operation on homogeneous data that are stored in arrays. In other words, it is used in the manipulation of numerical data. NumPy makes Python an alternative to MatLab, IDL, and Yorick.

Coming to SciPy, it is actually a collection of tools for Python. These tools support operations like integration, differentiation, gradient optimization, and much more. The reason for using them over other available popular tools in the market is their speed. As a matter of fact, all the general numerical computing is done via SciPy in Python.

Differences Between NumPy and Scipy –

Functions – Ideally speaking, NumPy is basically for basic operations such as sorting, indexing, and elementary functioning on the array data type. On the other hand, SciPy contains all the algebraic functions some of which are there in NumPy to some extent and not in full-fledged form. Apart from that, there are various numerical algorithms available that are not properly there in NumPy. However, you cannot rule out any one of them in scientific computing using Python as they are complement one another. But if you are looking for the new features, you are likely to find in in SciPy.

Related Concepts – The application of NumPy on data array has given rise to what is referred to as NumPy Array. It is a multi-dimensional array of objects, and the objects are of the same type. Therefore, it is different from the general data array. In reality, the NumPy array is represented as an object that further points to a block of memory. It has the responsibility of tracking the type of data stored, the number of dimensions, spacing between elements and likewise. It has opened up a greater number of possibilities like the use of memory-mapped disk file for storage in the array, the use of record array having a custom data type and much more. But SciPy does not have any such related array or list concepts as it is more functional and has no constraints like only homogeneous data or heterogeneous data applicable.

Miscellaneous – NumPy is written in C and it is faster than SciPy is all aspects of execution. It is suitable for computation of data and statistics, and basic mathematical calculation. SciPy is suitable for complex computing of numerical data. There are many who consider NumPy as a part of SciPy as most of the functions of NumPy are present in SciPy directly or indirectly. SciPy’s current application in machine learning has made it more popular than NumPy.

The data science, machine learning, and various such associated technologies are buzzing these days and finding applications in all fields. NumPy and SciPy are making it easy to implement the concepts conveniently with their functions, modules, and packages. They are different from one another from a technical point of view, yet there are certain overlapping zones in them. You are more likely to find a function of NumPy in SciPy than not. In short, SciPy is a package containing different tools that are built on NumPy using its data type and functions. However, in real life situation, you need to work with both of them to achieve the objective of your application development