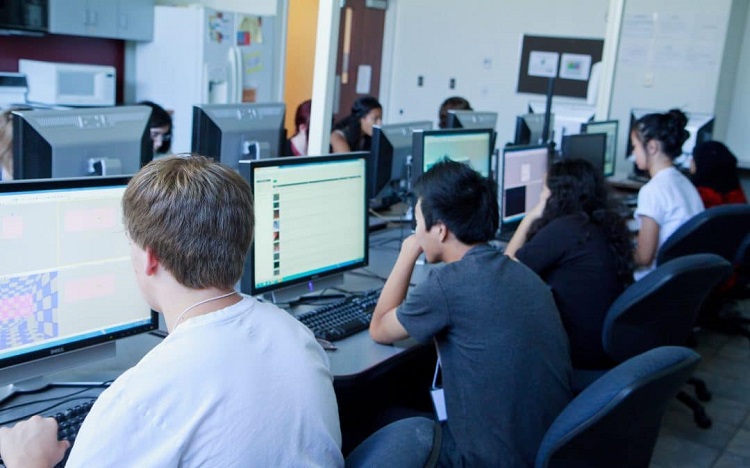 Computer science is still the most sought-after study course in the world. All the top companies in the world are based on computer technology. However, to land on your dream company like Apple, Samsung, Facebook, you have to study in one of the top 10 best computer science schools in the world. The following is the list of the schools you should try and get your admission.

MIT has 93 Nobel laureates as faculty members, alumni, or researchers. The students from the School of Electrical Engineering and Computer Science receive vast resources that make it the ultimate choice for students. Set up in 1861, it is spread over 67.2 ha in Cambridge, across Charles River basin. The university is open to students from across the world and provides top facilities, innovation, criteria, research, and teaching.

Carnegie Mellon University has a perfect reputation when it comes to its academic reputation. It has been in the center for its innovation in the field of computer science. In 1993, the university came up with its WiFi campus has provided students with many other facilities. Carnegie Mellon has more than 13,900 students from over 100 countries and has more than 5,000 staffs and faculty.

Founded in 1885, Stanford University is located in Silicon Valley. The University has a team of skilled faculty and includes many successful alumni like the co-founders of YouTube, Google, WhatsApp, and Netflix. The department of computer science was set up in 1965 and is named after Bill Gates, following his generous contribution. The computer science department offers bachelors and master’s degree in Science and conducts researches in linguistics, genetics, construction, and chemistry.

The University of California, Berkeley (UCB) offer B. Sc. degree in Electrical Engineering and Computer Science. It also has a B.A. degree in Computer Science. With this, students can opt from different fields. UCB has now become a leading university in the world by producing successful alumni. It is one of the top universities in the world by different print media due to the infrastructure and facilities provided.

Founded in 1636, Harvard University has ranked top in both national and global rankings. It has the John A Paulson School of Engineering and Applied Science that involves in researches in solving the essential problems of engineering and science. It is all set to create the state of art campus by 2020 in Allston. Harvard University comprises of students from across the world and some of the notable alumni include Mark Zuckerberg, Bill Gates, and Barack Obama.

Located in New York, Columbia University attracts students and faculty from across the world. It is one of the most popular universities in the world offering computer science education. Since its inception in 1754, the scientists of Columbia University have played a key role in the development of science and breakthrough. It provides students with many facilities and has experienced faculty. CU is one of the most selective universities in the country.

The Department of Computer Science of Princeton University has many notable alumni including Jeff Bezos, Alan Turing, and Eric Schmidt. The Ivy League university offers an undergraduate degree in natural sciences through the Princeton Institute of Computational and Information Science. The degree covers computer science, statistics, data modeling, numerical analysis, and software engineering. Students in Princeton live in residential colleges or dormitories on campus and indulge in different activities.

By offering an undergraduate degree in Computer Science, the University of Cambridge has a team of expert faculty to look after their students. One can also do a master’s degree in Computer Science as well as a Ph.D. degree. The research group of the computer science department conducts research in computer architecture, artificial intelligence, and graphics. It is one of the oldest universities in the world and is located in Cambridge, England.

The Oxford University homes one of the oldest computer science departments in England. It offers degrees for both undergraduate and postgraduate courses and allows students to choose from honors in computer science. The university has consistently appeared as one of the top institutes in the world throughout the years. It offers centralized student services and offers many facilities. Students can also opt for courses like computational linguistics, computational biology, information systems, and software engineering.

ETH Zurich focuses primarily on science, technology, mathematics, and engineering. Located in Zurich, Switzerland, it was set up in 1855. It is one of the top universities in the world offering computer science courses. ETH also offers doctorate degree and other diplomas and certificates. It has more than 6400 academic staffs and comprises over 20,000 students from the global community. The campus of ETH is known as “Science City” and provides many facilities to the students.

If you are a computer science aspirant, do strive to get in one of these schools for the best future prospects.

Next post What Are The Best Cloud Hosting Services In 2019