Best U.S. Cities for Freelancers in 2019 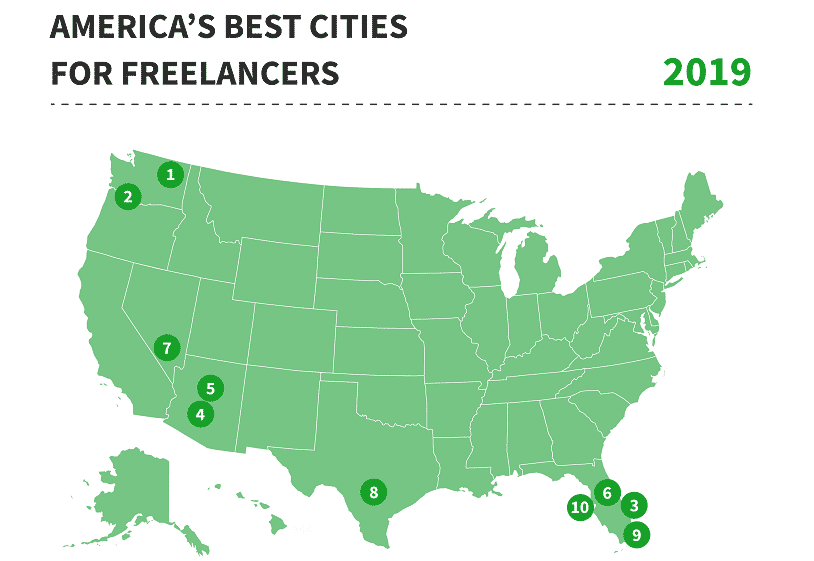 According to Neighborhood.com, the top city for freelancers in the U.S. is Spokane, Washington. Spokane is a city in eastern Washington state, about 228.42 miles (367.61 Kilometers) from Seattle.

According to the rankings, they analyzed data from more than 150 cities and compared those cities across five metrics: median rent, average internet speed, number of coffee shops per capita, income taxes (based on the median freelancer income of $52,074), and ease of getting around that is based on the average of a combined walkability, transit, and biking score.

If you are concerned about internet speed, then the best place to be a freelancer or solopreneur is Texas, specifically Austin, San Antonio and Garland. According to BroadbandNow data, these cities have download speeds of 60 Mbps or faster.

According to Neighborhood.com, their grading metric is based on a 100-point scale, and to determine an overall score, each city’s weighted average was calculated across all metrics, including these below:

You can view the complete list of best cities for freelancers in the U.S. below.

Next post Top 10 Graphic Design Resources for Designers in 2020