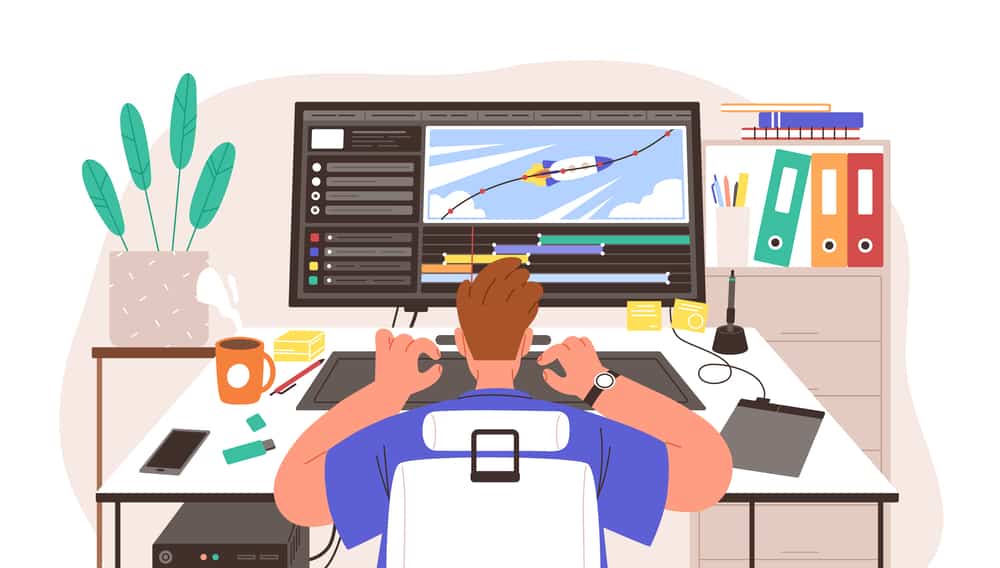 Motion graphics and animations operate as visual artwork which breathe life into characters and objects. They give a platform for such characters that are given movement. Its basically creating an image and giving life to it as if it were alive. Both Animations and Motion Graphics complement one another.

Animation operates as a medium in which we want to tell our stories to our target audience. Its main purpose is to get users to engage with you and understand your perspective. All the components operating in the real world are injected into the digital hemisphere. Motion Graphics and animation are the most effective tools in explaining the essence of our products which in turn establishes a stronger relationship with the viewers.

You can use animation as a storyline through visual production of characters whose actions end up in a sensible conclusion. It can either be a short animation or a full length one. The choice for them being displayed as a simplified animated graphic or numerous animated characters rests entirely on you.

The purpose of motion graphics is to grant life to shapes that cannot move. Motion graphics is also required for the explanation of a process. This includes the reasons behind the production of the product design as well as the description of the unlimited graphic designs.  The difference from animation is that it uses simple graphics and texts as opposed to characters. Both animations and motion graphics are incorporated with one another to give an effective storytelling mechanism and explanation to their target demographic.

However, when it comes to animation there are a myriad of questions. How are animations different from one another? When are animated illustrations required and what are the benefits in its usage? We will discuss that in detail.

Animated Illustration is a short story. It can either be complicated or simplified depending on the subject matter. It basically serves as a visual incorporation to a text. Its functionality is similar to that of an illustration. Its purpose is to provide an explanation of the process and help make the subject matter easier to understand. Animated illustrations have the ability to capture the viewer’s attention and get them to engage with the illustration.

Animated illustration is commonly used as a replacement of illustration on websites and social media networks where they can appear on their own.

The animated illustration creation process is quite simple. Before you begin, you need to understand that animation has a fixed set of rules. You need to consider if you want the illustration animated or not. Only then can you focus on the next sketches.

Illustrations should have a specific development in order to be animated. The next step is to focus on the idea. Think of the subject matter, main theme and value of your idea. Then you need to describe the elements that are about to be animated briefly.

Animated Illustrations are the kind of animation that are just a part of an app or website. They are quite temporary and do not last long. To make it more effective, you need to ensure that the story is straight to the point and not longer than necessary. Once the sketch and idea meet the client’s criteria, you can move on to its creation.

A video explainer operates as a short video. Its main purpose is to elaborate on the product of the company in a compelling way. It is mostly utilized in sales or marketing related prospects. The construction required to design it include texts, shapes, animated illustrations and other pictures. The video explainer is supported to last from 30 to 90 seconds.

Clients host video explainers on any part of their website. They are used through social media channels for advertising products.

The process of creating a video explainer is much more complicated that animated illustrations. You need to initiate this by securing all the screens, graphics and images that are to appear on the video. You then need a storyboard which consists of a series of drawings, usually with some dialogue with scenes.

Once your storyboard is given the green light, you need to color your scene. Also, if you have a voiceover script, then you need to divide it into different sections and create a timeline for the length of every scene.

Animated story is basically making a movie for yourself using still images. You place the images together one after the other and then fast track them to a speed which gives off an appearance of locomotion.

The frame by frame technique is the most commonly used technique in an animated story. It is about drawing every animated frame that gives off an illusion of movement. The content of one frame is changed in every other frame.

Tweening is also utilized in animated story. It is basically a process where two images give off the illusion of the first image evolving into the second one through intermediate frames. Basically, it is a process where you need to utilize only a few frames while the rest is made by software automatically.

The animation process of the animated story is similar to the video explainer process. You need to secure the graphics, images and screen to create new scenes. Then you need a storyboard only this will be more detailed than the one from video explainer. Next, you should animate some movement of your characters in the storyboard.

The most crucial aspect is the story. The story is divided into three parts which are problem, explication and solution. The animation operates in the same manner as the video explainer. Finally, you need to make a decision pertaining to the format, size and resolution of the video. There are various ways you can use motion graphics and animation to elevate your product description. The animations used in Designster specifically are catered to building trust with the receivers and establishing a productive relation with them. Once you get the idea of the differences of these types. You will be able to make productive choices pertaining to your product.

Tabish Khalid
Tabish Khalid works as the Digital Marketing Manager for Designster. He develops and implements digital strategies for Designster, along with aligning business goals with digital marketing activities. He actively contributes articles related to digital and content marketing.

Previous post What is a User-Friendly Job Application – Main Aspects?

7 Cool Things You Can Do With a 3D Printer 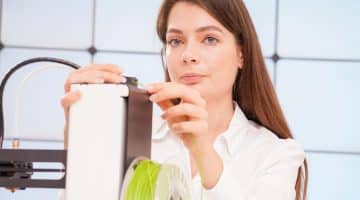