7 Cool Things You Can Do With a 3D Printer

3D printing has been around since the 1980s, but it is only recently gaining in popularity in many industries and among hobbyists around the world. All you need is a 3D XML with your design sent to the printer, and you will have your results. As the device continues expanding, more and more pieces are being created, like those below.

3D printing has truly been innovative in the medical industry with various pieces of medical equipment created. Prosthetic limbs, both arms, and legs, have been created that are custom to a patient’s needs and body. Artificial organs have been made for both animals and humans alike who are awaiting a transplant and need to stay alive. Even face masks have been created to give oxygen to patients via the use of a 3D printer in the industry.

Believe it or not, buildings have been created through the use of a 3D printer, including even a five-story building. Someone has even designed a tiny home in Russia that someone now lives in. Some of these buildings have been created in as little as 45 days from the time that the printing actually began for it. This could become so beneficial in times of crisis after a natural disaster, for instance, when homes are quickly destroyed by weather.

Bakers who are known for creating extravagant designs are finding use out of 3D printers as well. Chocolate is being crafted layer by layer until eventually, the bakers are reaching the design that they hope to create. Chocolate has been the most successful due to its hardening abilities, but other foods have been made as well. These other foods include other desserts such as cookie dough and marzipan for cakes, though burgers have come through the printers as well.

The first weapon that was ever made by a 3D printer was done in the year 2013 by a company by the name of Defence Distributed. In most cases, however, these guns are made out of plastic. This is due to the fact that 3D printers that use metal to create objects are typically extremely expensive, which negates the inexpensive abilities of 3D printers. The government does need to determine what to do about this capability, however, especially with new gun control laws every day.

Factories around the world are using 3D printers in the manufacturing process. Even automobile manufacturers are creating car parts out of these printers, while some have even created an entire car through the machinery. Factories make molds for the objects that they are hoping to create through the traditional process through the 3D printer as well to build upon efficiency. This lowers the costs so that these businesses are able to gain a much later profit in the long run.

3D printers are even becoming beneficial to musicians who are also interested in the future of technology. These individuals are printing entire instruments such as drums, pianos, guitars, flutes, and more. There has even been an entire concert that came from instruments that were 3D-printed which were virtual so that everyone could see it and enjoy. Even if your instrument breaks, many individuals are creating parts for these instruments out of the 3D printer so that they can keep playing.

Though it seems counterintuitive, a few fashion designers have put their stamps on the world through the use of 3D printers in their designs. One designer created an entire evening gown and a pair of high heels through the capabilities of a 3D printer that were meant to shine on the runway. More likely, however, are the many pieces of jewelry and the accessories which have come from 3D printers. Some designers are still using the printers, however, for these high fashion pieces around the world.

3D printers can be used around the world for a variety of industries and hobbies. They truly are fun to experiment with and can save your business time and money. Plus, they can actually save lives through their capabilities to create medical devices and artificial human body parts for any patient. 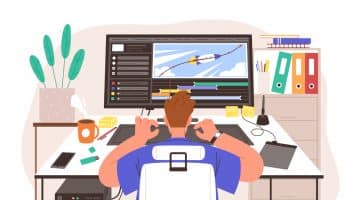