Why Are COBOL Programmers Still Needed? 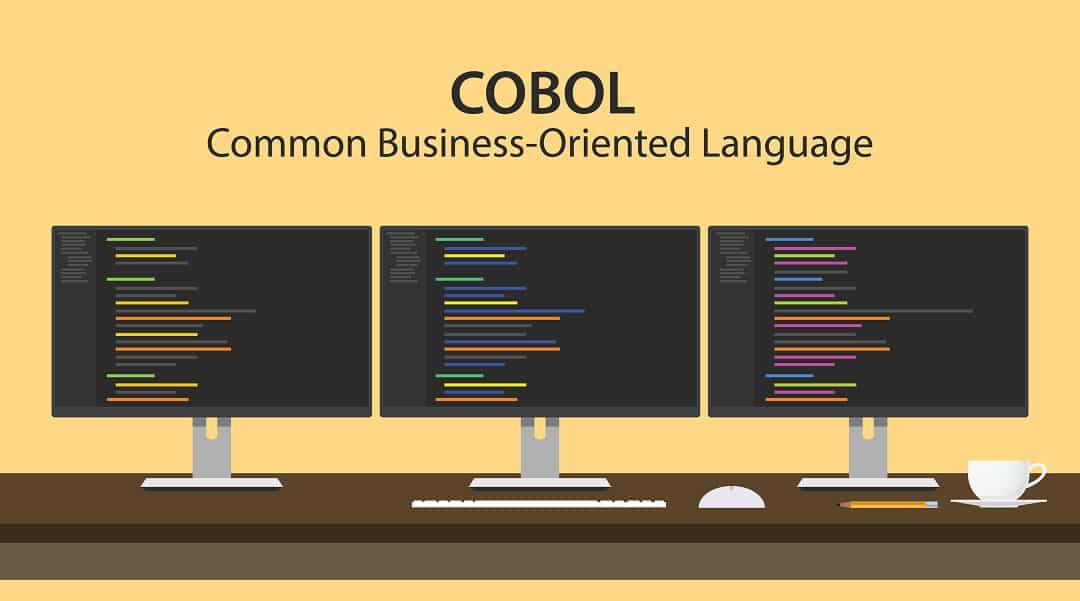 Organizations are loathe to replacing software that works no matter how old it gets. But finding developers and programmers to maintain and update it is getting harder by the day. Common Business-Oriented Language (in short COBOL) was developed in 1959 and became highly popular up to the 1970s and1980s. Though its popularity has dipped, COBOL remains crucial to institutions and businesses around the world.

The COBOL designers believed a programming language portable across computers and that incorporated more English words was going to gain wider use. Their plan didn’t, however, work out exactly as planned. Even though it improved portability, it was still difficult to learn to write in COBOL. COBAL programming as a skill didn’t spread to the average user or businessperson. However, the extensive inclusion of English did make it easier to use COBOL and the language gained wide use even by the US government.

Over time, as computer programming shifted to object-oriented languages such as Java and other newer programming languages, the teaching of COBOL in programming classes became less common. Gradually, it appeared as if COBOL was getting phased out. Plenty of US companies, however, still use COBOL programming, including IBM, Cigna, and UPS.

Use of COBOL Today

About $3 trillion in daily commerce is transacted through COBOL systems. 80% of in-person banking transactions and 95% of ATM swipes rely on COBOL code. A 2018 Social Security Administration report found that the agency was maintaining over 60 million lines of COBOL.

In April 2020, many governments took action to mitigate the COVID-19 pandemic impact by offering aid programs that included more unemployment payments. To keep track of these increased payments required adding new rules and more fields to many COBOL programs at the federal, state, and local levels.

Compared to modern programming languages in use today, COBOL is not only different but in some ways, extremely limited. It doesn’t facilitate dynamic memory allocation and one can’t easily access low-level operating system features or particular computer architecture.  In today’s programming terminology, Common Business-Oriented Language is a domain-specific language.

The Growing Demand for COBOL Programmers

Several states are still running COBAL, the decades-old programming language on their mainframe systems and that include essential unemployment claims systems. Kansas, for example was already modernizing COBOL when Covid interfered and as such the state is operating on outdated stuff. Connecticut has also admitted to facing challenges in processing the rising unemployment claims using its four-decade old COBOL mainframe.

Pennsylvania, New York, and California are also still relying on decades-old COBOL mainframe systems. In 2008, Arnold Schwarzenegger, then-California Governor wanted to issue 200,000 state workers with minimum-wage checks. However, he was informed by the state’s controller that it would need a minimum of six months to reprogram the state’s COBOL-based payroll system if that was to be achieved.

Some of the program have not been upgraded or touched for years. The new requirements have triggered new calls for COBOL programmers to step in and quickly apply updates. So for those with or interested in acquiring COBOL skills, expect demand for your services to grow.

Generally, don’t expect to see this class of tech workers on the list of high-priority jobs such as health workers, ventilators, and face mask designers, but COBOL programmers are assuming greater prominence and are growing in demand in light of the fight against the coronavirus.

Even before the Covid19 crisis, specializing in COBOL could mean solid compensation. One firm places the current median salary for COBOL skills-related jobs at $90,000, just slightly below $94,000, the technology-industry average. For a programming language that is six-decade-old and deemed dead by many, that’s not bad.

And unlike other highly lucrative jobs such as machine-learning experts, most COBOL-related positions don’t require lots of specialized education. According to one estimate, 83.8% of the COBOL jobs only require a bachelor’s degree. COBOL jobs in the highest percentile can earn over $115,000 per year.

Although many decades old, the Common Business-Oriented Language is still in use today. Once in a while, the call goes out for COBOL programmers. The Bureau of Labor Statistics notes that although the job outlook for computer programmers seems to be on the decline, COBOL programmers are still required by institutions and businesses that use the language for their daily operations. COBOL programmers are needed to not only write new code but also maintain, update, and troubleshoot operations.

For those wishing to join this potentially well-paying career, getting trained is still possible. Computerworld reported that 75 schools in the US are still teaching COBOL. IBM has a new initiative that is seeking to connect needy states with experienced COBOL programmers. IBM also hopes to train a new generation of programmers. The company has already posted some material to Github towards that goal.

Another Open Mainframe Project co-sponsored online forum aims to connect COBOL programmers to those who wish to hire them. Several hundred COBOL programmers have already submitted their details to the site—some with years of experience while others just learning the old language.

It’s amazing that in the ‘80s, programming students were being advised that COBOL was a dead language, not worth studying. In 2020, institutions like banks and governments are now pleading for COBOL programmers.  As recently as 2014, Banks in America were already experiencing a shortage of techies with COBOL skills.

The COBOL programmer’s community is shrinking faster than the available positions not just in the US but globally. The average age of a COBOL programmer, according to IBM, is 58 and every year, about 10% of them retire. This translated to about 84,000 unfilled mainframe positions in 2020.