Software development and deployment is not complete without a tester. Testers are the ones who will critically review every module of the software that the developer has written. They will find the bugs in the system before customers can face them. The quality assurance of a product totally depends on them. No wonders why there is so much pressure on their performance and their job is highly intense and total work of the brain. In such a stressed environment, the following jokes on them will help relieve the stress to a greater extent. More than anyone, the testers will be able to relate to them better.

It is not always good to troll the tester, and sometimes, you need to cheer up the spirit. In the work environment, the manager is the one who is creating extreme pressure. The client is creating pressure on the manager, and it is getting multiplied by the time it reaches the tester and the developer. By pressurizing the tester, the tester is becoming more aggressive and trying to corner the developer as much as possible. In all these scenarios, the developers are the ones who are always under constant pressure from the clients, the manager as well as the tester. Therefore, if you are a tester, you are not at the worst place in comparison.

3. The Evolution Of Testers

The evolution of testers is quite interesting. Previously, there was no provision for the testers as the developers themselves used to be the testers, and when the clients used to face any bug, it was rectified in a few days. However, with more projects, the developers started finding it difficult to do the testing part as they had to focus more on development. As time progressed, due to lack of time from the developers, the testing part was neglected, and the complaints from the clients started increased. Therefore, the companies were forced to recruit dedicated testers. But now, testing is a whole new world with various types of testing and students can even take up software testing as a career option.

A developer wants to believe that there is no error in his coding as it is a matter of pride. Therefore, they always insist on the fact that there is no need for manual testing because he might have already run the automatic testing and cleared all the errors. However, a tester is born to detect the errors made by the developers, and in spite of the request of the developer not to go for manual testing, he goes for it and points out the bugs much to the dismay of the developers.

5. Caught In Their Own World

The testers have to use their brain as much as a developer to decode the developer’s work and find out the possible errors in them. Therefore, they are quite detached from the real world. Hence, when someone talks to them about the happenings in the real world, they will relate that to something in their own field and talk about it much to the annoyance of the listeners.

Stay tuned for more such jokes on computer professionals of various departments.

Next post What's The Difference Between Zapier and IFTTT?

How Do I Become a Software Tester? 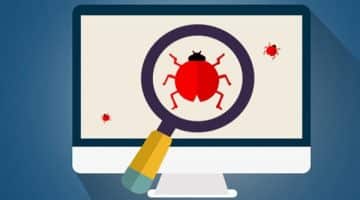